Hybrid working – what is it and what's the best approach?

Recent research by Reed revealed that hybrid working is in high demand among office workers. Find out more about this evolution of work… 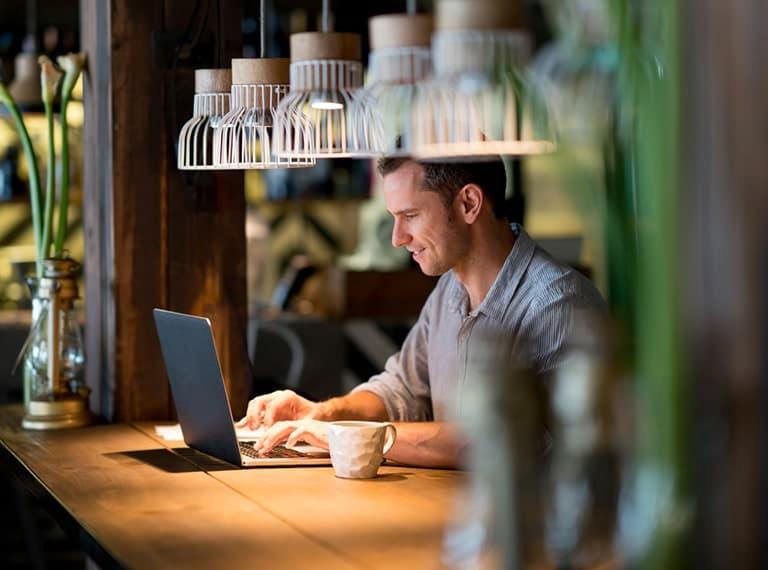 A recent Reed survey of 2,000 office-based employees found that nearly half of those not working hybridly are prepared to leave their job to access a role that offers hybrid working. And surprisingly, of those surveyed, three quarters have been offered more flexibility, with 29% working on a hybrid basis and 37% working remotely as companies begin to look at the future of work more permanently.

What is hybrid working?

Covid-19 and Brexit have resulted in an extremely candidate-led market – we are now in a position where businesses must offer the best salaries and benefits to professionals in order to attract and retain the best talent.

Of those who are not currently working on a hybrid basis, 45% said they would be willing to change jobs to work hybridly in the future, with a further 28% unsure – but also not ruling it out.

A large proportion (68%) of those who were willing to change jobs to work hybridly said that this type of environment would suit their lifestyle better. Just under half (48%) said they would move because they prefer to work on a hybrid basis, while 44% believed that they would be more productive when hybrid working.

How did hybrid working come about?

Covid-19. Yes, hybrid working existed prior to the pandemic – but not in the same volume and often with reluctance from employers.

Of the office workers we surveyed who currently said they had the option to work hybridly, 57% indicated that they were only offered this option as a result of the pandemic. This demonstrates the impact of the virus on shifting attitudes towards remote working and confirms that the much-discussed rise of hybrid working is taking place.

We are currently seeing a large shift in the way we work – especially in roles which contain some form of office-based working. The emerging patterns are similar to those we see after a war, revolution, or introduction of a new form of technology. As James Reed, Chairman and CEO of Reed recently told The Independent: “The First World War was a time when a lot of women entered the workforce and that was eventually normalised and changed the workplace for the 20th century,”.

He added: “The change we are seeing today is of a similar magnitude. While lots of people can’t work from home, for those who can, this is significant.” James refers to the change as a “workplace revolution”, referring to what we are going through as the “biggest change in 100 years” that’s setting the tone for the century ahead.

What are the different models of hybrid working?

Hybrid working is a model in itself – it’s a location-flexible mode of working that allows a mixture of working from home, on the go, or on site. The implementation of the model very much depends on the employer and the nature of their business. There are no hard and fast rules around the model – as it should offer flexibility for both employer and employee.

As a business we decided to share our Dynamic Working Policy with you as a template, you can download it here and make it your own – it’s been created to give an example of what a hybrid working policy could look like for your business

Referring back to our survey, we asked respondents to share with us how often they spent working in the office in comparison to working remotely or on the go. Results indicate that some type of 3:2 split is by far the most common pattern. This fluctuates between 3:2 office versus remote and 3:2 remote versus office – with three days remote and two days in the office appearing to be more prevalent.

Which hybrid working models are most effective for productivity and wellbeing?

Much of the reasoning behind implementing a hybrid model is to harness the productivity gains organisations witnessed when their workforce was working remotely. It is also designed to provide a positive impact on mental and physical wellbeing.

According to our research, one of these goals appears to have been achieved, while the other has had mixed results. Six in ten of those who are hybrid working said that their work-life balance has improved since they began working to this model. A further third (32%) said that it was about the same – meaning that only eight percent of hybrid workers thought that they had a worse work-life balance since their employer implemented dynamic working.

Only 31% believed they had been more productive since adopting hybrid working, however, over half (55%) said that their productivity had remained the same, illustrating that a significant majority do not believe that the new model has negatively impacted their productivity.

In fact, work-life balance and productivity were intrinsically linked by survey respondents, with two-thirds of those who were more productive stating that this was because they had a better work-life balance. As an employer, whatever hybrid working model you adopt, you must make sure it takes into account the productivity and wellbeing of your workforce.

This eBook offers the latest insight and expert advice on what employee satisfaction means, how to understand it, and ways that organisations can achieve better levels of workplace happiness.