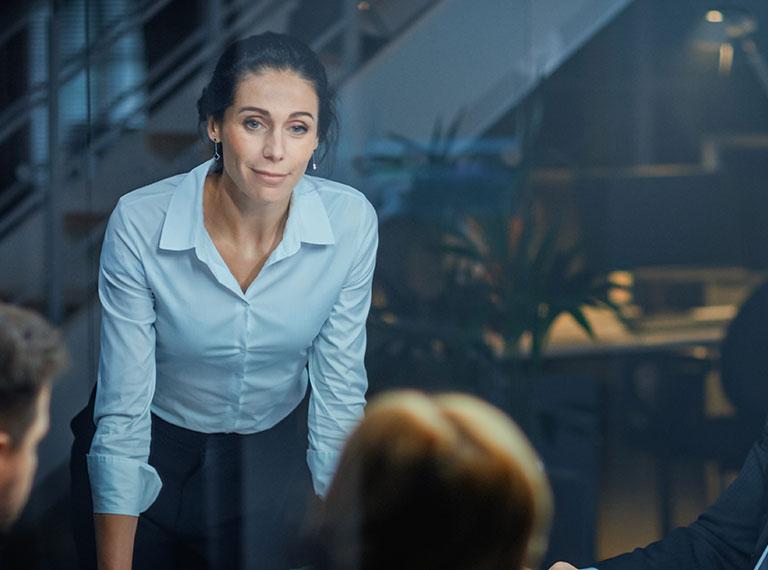 Johnny has previously used Reed's services with great success in the past: “Reed has always provided a first-class service, I have used Reed throughout my career,” he said, adding: “Not just at Extern, but also in previous senior HR roles that I have been involved in.”

Initially, Laurence Jago, Executive Business Manager at Reed, set up a meeting with Johnny to have a detailed discussion about the organisation, the importance of this role for the business and any candidate requirements.

Johnny noted: “Laurence and I discussed the finer points of the role - he was able to advise on what the overall package should look like for a candidate at this level, and I very quickly was able to tell he had a thorough understanding of the ‘type’ of candidate that we needed.”

Likewise, they both identified that their main challenge would be to successfully source candidates who not only have transferrable third sector experience, but also financial leadership experience within Northern Ireland.

There is no comparison. I use Reed for all my vacancies. The difference at Reed is that the consultants listen, and they care. Many have been there for a long time, so they really understand our business.

Laurence’s search began by using his extensive network, and over 15 years of experience working directly with third sector financial leaders in Northern Ireland, to see who was suitable for the role and whether they were currently looking for a new job.

During his search, Laurence got in contact with Pauline Flynne, as he was aware that she had recently left her full-time position within another third sector organisation NI and knew she would be a fantastic fit at Extern.

He also spent time diligently screening other potential, interested candidates to ensure they were fully committed before submitting their details to Extern.

“Laurence took the time to meet with his candidates and understand their requirements and was able to suggest a number of very good, relevant candidates,” recounted Johnny.

After thorough interviews with Extern’s board of directors, Pauline accepted the position as Interim Director of Finance & Corporate Services at Extern.

Johnny expressed his appreciation for the placement, stating: “Pauline has made a fantastic strategic difference within our business. She is well respected, and we’ve had positive feedback from the board, the trustees, and her colleagues. She is a fantastic fit for the organisation.”

After initially bringing in this role as an interim position for nine months, Johnny and the board decided to make this role permanent in January 2021 and have also continued to use Reed for other vacancies within the company:

“There is no comparison. I use Reed for all my vacancies. The difference at Reed is that the consultants listen, and they care. Many have been there for a long time, so they really understand our business.”

Equally, Pauline said how happy she is with Reed’s service: “I felt it was very much a personalised service. Laurence took me through the process in a positive and motivating way,” she explained. “The follow-up and the contact from him was super, it really was a very seamless process”.

If you are looking for your next hire, contact one of our specialist accountancy & finance recruitment consultants today.

We have evolved our partnership with a forward-thinking collaboration incorporating 16 local authorities to provide a comprehensive solution that delivers across the full range of non-permanent resource.

Over the last three years, Reed has built up a strong relationship with Bespoke IT Solutions Ltd, sourcing high-calibre tech professionals for 20 different roles.

Reed was instrumental in sourcing a SEND specialist for a music college.