A guide to the salaries and benefits for UK train drivers

If you are interested in becoming a train driver or are currently pursuing a career in the discipline, learn about the salaries and benefits you could be entitled to as a train driver in the UK. 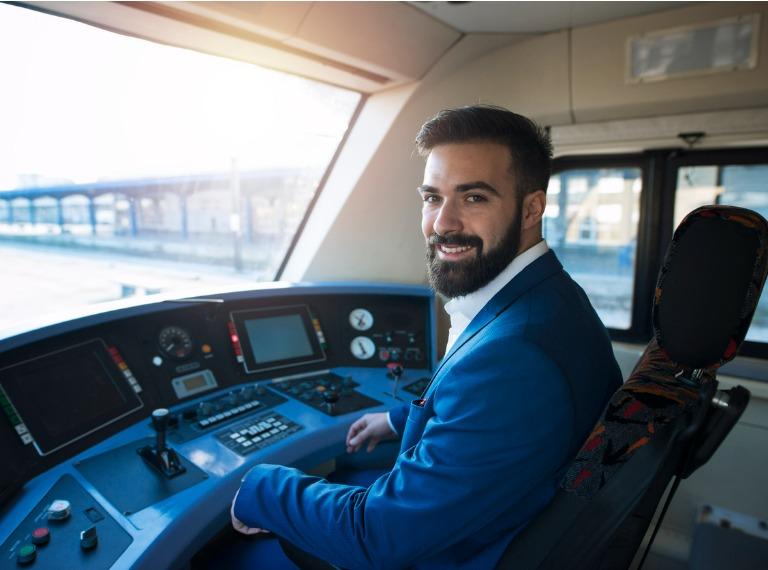 While each train company offers slightly different salaries, it’s important to be aware of the pay scales and benefits that every rail company offers across the country. To help you navigate this, here is a helpful guide to average UK train driver salary and benefits.

The salary and benefits packages for the role of a train driver usually depends on the company, alongside external factors such as length of service, location, and qualifications.

The average train driver salary in the UK is £48,500 per year. Train drivers can expect to begin with an average starting salary of £30,000, with the highest salaries often exceeding £65,000.

The average train driver salary in London is £58,795, with experienced professionals in the region having salaries that often exceed £69,000, while train driver salaries in Scotland start at £38,194 for newly qualified drivers, rising to £48,360 after the probation period has ended.

The average annual salary range for some company-specific train driver roles are:

How train driver salaries compare to other specialisms

Other specialist roles within the same sector as train drivers include bus and taxi drivers, train conductors and airline pilots.

The average annual salaries for these specialist roles are:

The average salary for a commercial airline pilot in the UK is £61,250.

Train drivers are expected to understand the routes and trains they are driving, the signalling systems in place along their route, alongside any rail safety regulations and emergency procedures that may need to be used throughout their shift. Shifts usually range from around six to 11 hours and vary from company to company.

On a day-to-day basis, typical tasks undertaken by train drivers include:

Employees in the UK must legally receive 5.6 weeks of annual leave if they are employed full time, and this is no different for train drivers.

Most train companies offer comprehensive benefits packages that can include discounted and free travel passes, as well as leisure and hospitality discounts.

Pension schemes can also be organised by some unions such as the ASLEF Railway Pension Scheme, which covers more than 360,000 active members and pensioners.

Find out more about the train driver pension scheme.

Train companies usually expect applicants to be over 20 years of age and have GCSE grades 9 to 4 (A* to C) in English and Maths, in addition to some mechanical and electrical knowledge.

Before being accepted onto a railway training course, applicants must go through psychometric testing, as well as a manager interview, a structured interview, and a medical interview.

The length of the training course depends on the rail company. The course typically lasts for approximately nine months and features plenty of driving, some of which takes place on a simulator.

After successfully completing the course, drivers are employed as a post-qualified driver (PQD). A trainee train driver salary is £25,000 on average.

Here are the following ways you can become a train driver:

Working towards the role

Start out as a rail passenger assistant or train conductor within a rail company, then apply for a trainee driver post when the opportunity arises.

Apply directly to a train company to become a driver. It is expected for training to last between 12 and 24 months. Once drivers have completed the training course and gained the right experience, train drivers may choose to work driving either passenger or freight trains.

After successfully completing the training course, participants are employed as a post-qualified driver (PQD) in a probationary year. Once the probationary year is completed, train drivers are evaluated every two years on railway rules and regulations, ensuring they keep up to date on processes across the industry.

Additionally, when pursuing a career in the rail industry, continued learning and development is vital to success. Train drivers must continue to adapt to the latest technologies and be competent in successfully providing a quality experience to travellers.

There are a variety of development opportunities available for train drivers, including progressing to an instructor or manager level.

With experience, you could combine your job with instructing trainee drivers who are learning new routes and cabin controls. You could also become a driver trainer, teaching new starters in the classroom, working with driver simulators and accompanying new trainees on journeys.

Train driver instructor salary ranges from £55,000 to £70,000 depending on experience, the company and location.

Train drivers can also move into a management position, supervising other drivers and making sure the rail network route runs effectively.

The average train driver manager salary for West Midlands Trains is approximately £72,650, while Northern Rail manager salary ranges from £59,250 to £61,500.