The rise and rise of augmented reality

In the past 50 years, technology has moved faster and faster to a point where it outstrips demand. While queues still form for the latest gadget craze, plenty of shiny tech has fallen by the wayside. In this blog, I’ll look at augmented reality (AR) and its growing potential. 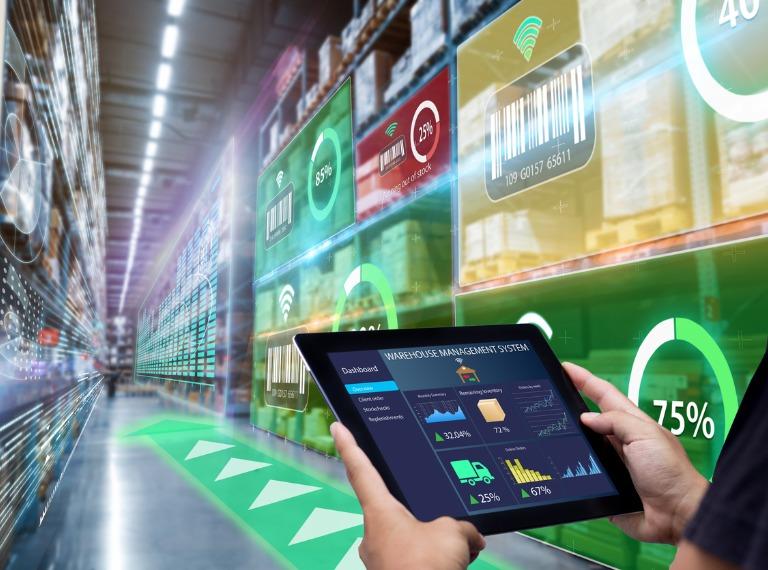 A look through the archives tells us some interesting things about the technology we’ve long taken for granted. Once the preserve of so-called 1980s’ ‘yuppies’, mobile phones have since been globally embraced. Having exploded into the mainstream in the early 90s, they went on to become a must-have accessory as they evolved into smart gadgets that could do so much more than make a call. They have survived the test of time through their chameleon charm – with increasingly better looks, ergonomics and performance, to the extent that millions of us consider them an extension of ourselves, housing everything from our innermost thoughts to our bank account. But they’re not necessarily going to be around forever.

Augmented reality technology was first developed in the 1990s and finessed iterations have since quietly entered the mainstream for consumer use. Unlike virtual reality (VR) which immerses the user in a purely virtual world, AR blends real with virtual to stunning effect. It’s also extremely versatile, and more affordable and practical for everyday use than VR. Imagine you’re furniture shopping, for example, and can see a picture of the item set within your own living room or seeing yourself with a new ’do before the hairdresser gets the scissors out. Those are just a couple of AR’s uses that can influence our consumer habits and behaviour.

In order to work, AR software requires a camera on a device – phone, tablet or smart glasses. When the user wants more information about a real-world object, they can focus the camera on it, enabling AR to identify and enhance it with superimposed information or imagery. The software is programmed to recognise millions of items and downloads data about them through the cloud, much like a search engine. The object is then displayed in a 3D format that can be viewed and controlled by touch, voice or gesture. Developers are busy creating millions of 3D models as we speak.

While still in its fledgling stages in terms of adoption, AR is already changing e-commerce and is now commonly adopted for various services including mapping, healthcare, education, engineering and manufacture – it has the capability to change how we live and work.

The main thing in AR’s favour is its versatility, being easily accessible on any device with the integrated software. Its mainstream success is sure to be propelled by younger users, having initially gained popularity in gaming, entertainment and on social media. Gen Z is already fully engaged and as they go on to further studies and the world of work, will expect to find AR there too.

In the next five to ten years, all sectors could benefit in some way from AR. In formal education it can bring digital learning to life – hologram university lectures are even possible, a way the academic can be virtually present in more than one theatre. In manufacturing, AR can be used to identify product issues, and in advertising and marketing AR can transform projects. Shopping sites have shown clear results of the power of AR, with more than 90% higher conversion rates for products that utilise it. The old stumbling block between an online shopper browsing and purchasing a garment is the inability to try it for size – AR has overcome this by allowing customers to virtually do so through their device.

For everyday tasks, AR can replace the need to study manuals in order to understand how to fix or understand something – many people find interactive learning easier than by the book. By hovering your AR smartphone or tablet’s camera over an object, users will be able to identify the problem and use AR’s guidance on how to solve it. If you’re a fan of YouTube videos for answers to everyday challenges or entertainment, AR might just be the disruptor.

Positives and negatives of AR

AR has the power to take users on a magical journey, giving a whole new meaning to ‘armchair travel’, enabling experiences only dreamt about. As such it could be employed to create a better quality of life for those housebound, in care, or with long-term illnesses.

A research article from the International Journal of Information Management states: ‘...research has shown that people interact with AR products in a similar fashion to physical products of the same category (Carozzi et al., 2020), which could motivate people to alter the real world so that it matches one’s dream world (Rauschnabel, 2018). This “could certainly transform a dull shop, cheap hotel room or an office into an elaborate palace or make it look like a spaceship” (Pearson, 2019). Consumers may thus even be willing to substitute certain physical products for virtual holograms.’

With so many benefits, what are the challenges of AR? One is that as demand increases, there’s a risk that some sectors or companies could fall behind where AR’s benefits are yet to be fully understood. Pricey staff training programmes may need to be installed and businesses requiring more niche usage may find extra costs involved. There are also questions about the psychological effects AR may have on vulnerable users.

The future of AR

Whether you think technology is running away with us before we’ve properly considered the implications, AR is here to stay. It will of course continue the stress on the environment as resources are plundered to create new types of devices to carry the software, contributing to our global e-waste mountain. However, it can be argued that AR adoption can help reduce waste too, providing users with more information about the origins of an item before they consume.

Experts believe that beyond AR, mixed reality (MR) will emerge for mainstream use – combining the best of the real and digital worlds and ‘unlocking natural and intuitive 3D human, computer, and environmental interactions’, according to Microsoft. For now though, let’s see where AR takes us.

To find your next role in the technology sector, or to attract the perfect candidate for your tech role, contact your nearest Reed office.

How to write a CV

In recruitment, we're always dealing with CVs – but how do you write a good one?

As the cost-of-living crisis takes hold – driving thousands of previously retired people back into work – there’s never been a more important time for companies to ensure their employees’ needs are met. Our recently commissioned survey of 2,000 employees from a range of sectors revealed some of the most valued aspects of working life – so just how should we define and raise employee satisfaction?

This eBook offers the latest insight and expert advice on what employee satisfaction means, how to understand it, and ways that organisations can achieve better levels of workplace happiness.