Soaring salaries: are they sustainable for your business?

Now more than ever it’s imperative that companies remain competitive with salaries, but not at the expense of their business. Chris Adcock, Managing Director of Reed Technology, shares his insight. 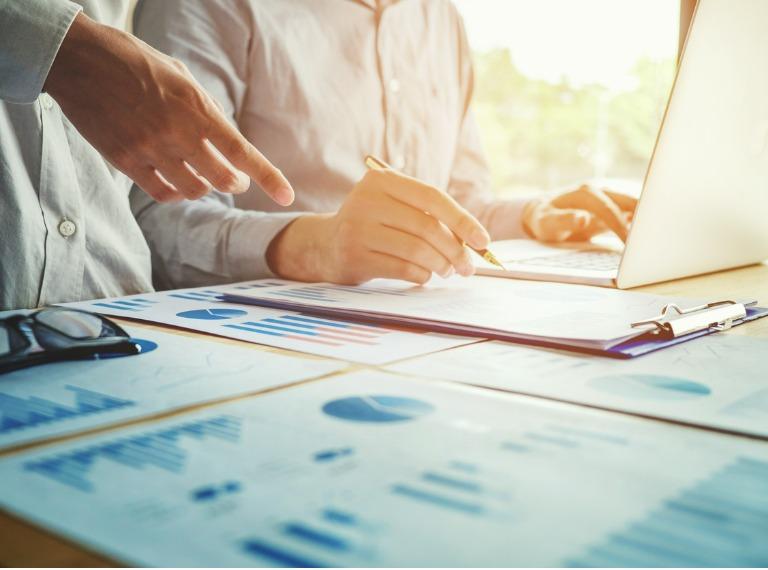 As interest rates across the UK continue to rise exponentially, businesses are in the precarious position of trying to manage increased salaries to attract and retain talent.

Since December 2021 the Bank of England has increased interest rates three times to slow inflation. This has meant employers are desperately trying to secure talent in the most inciting ways possible - through substantial pay rises to compensate workers.

Labour shortages are impacting sectors across the UK, some of the worst hit being technology, medical, engineering and hospitality.

Shortages have been fuelled by the ongoing effects of the pandemic and a large exodus of older workers, periods of low unemployment, and fewer workers from the European Union in the UK.

A sharp rise in salaries

For the fourteenth straight month, the number of candidates available in the UK has declined, as the ‘Great Resignation’ takes hold and creates a battle for talent between UK businesses.

According to professional services firm KPMG and the Recruitment and Employment Confederation (REC):

In sectors where workers have the leverage due to labour shortages, companies are having no choice but to increase their pay to secure the personnel they want and need, according to Chris Adcock, Managing Director of Reed Technology.

He said: “It's a supply and demand issue. The need is so desperate at the moment.

“I think employers are realising that they desperately need candidates to fill roles, and the only way they are going to be able to do it and do it quickly is to offer a large increase on their base salary.”

With demand far outweighing supply, companies are currently willing to bump up salaries to retain employees.

Chris added: “Companies are happy to offer what we would have called ‘silly money’ a couple of years ago.

“They know that it’s expensive and hard to replace people, so when someone does think about leaving or goes to hand their notice in, companies are often quite happy to offer large increases to keep them because they know the challenges that will face them in the market.”

The sustainability of steep salary rises

Starting salary inflation continues to remain close to record pace, as the demand for staff and candidate shortages drove up rates of starting pay for both permanent and temporary roles. The biggest concern that has developed from raising salaries is the sustainability of it all.

Can businesses continue to offer salaries way above market rates? Will there be a time when cutbacks need to happen?

Chris suggests: “You've got a real risk of people in all roles, whether it's technology, HR, accountancy or recruitment, suddenly becoming very vulnerable because they are being paid well above market rates.

It is absolutely not sustainable to carry on this way, but for the short term, unfortunately that's not something businesses can really worry about too much.

The Office for National Statistics said average earnings growth of 5.4%, including bonuses, is failing to keep pace with a 6.2% rise in the consumer prices index from February 2022, adding extra pressure on employers to potentially offer more than ever before.

Having witnessed the drastic rise in salaries first hand within the technology sector, Chris warns employers of the ever-evolving nature of the jobs market that is, sooner or later, bound to change.

“Companies will need to very careful,” he said.

“When the market corrects itself, which it will over time, companies will have a lot of overpaid staff and unfortunately they will have to put processes in place to correct that.”

The rising wage increase for employees, especially for new starters, not only effects business. It also means employers are faced with rising levels of wage compression, where current staff end up on similar or even lower salaries than new, less experienced employees.

Increasing wages in the short term could have a catastrophic effect on long-term plans leading to some difficult decisions having to be made, which Chris feels some business may face sooner than they originally intended.

The most vulnerable are those people who are currently being paid above what we think a fair market rate would be.

“It’s happening a lot recently. Candidates are being offered 20k-30k pay rises which is a huge percentage increase. Those are the people that may suffer when the market corrects itself and employers realise that they don't need to pay that amount for somebody with that skill set and experience.”

The desire to remain competitive

It’s essential that employers consider how best to attract and retain top talent. Many short-term problems that may have appeared temporary at the beginning of the pandemic have become permanent. Hence, it’s imperative that employers take the time to futureproof their retention strategy to not only reinforce a sense of stability, but to keep employees productive, engaged and happy.

According to Chris, flexibility and company values remain vital factors for workers opting to stay or join a company, but the benefits being offered need to be refined and adapted to keep a competitive edge.

He said: “There has been a lot of discussion recently on the need for companies to get their employee value proposition (EVP) and culture right.

“There’s a big emphasis on understanding what you're asking people to come and join. If you're proud of your culture, how your company works and you think you've got a strong sell, you've got to get that out externally.

“Whether that’s through platforms like LinkedIn or Glassdoor, it must be visible. If all members of the team feel valued and appreciated, they’re more likely to be engaged with their job and, in turn, create better work.”

While salary may be the driving force, employees still value benefits that will help facilitate their needs. Although benefits have been adapted since the pandemic, Chris states that employers need to take a more personal approach if they wish to secure the right talent.

“All of the benefits of working for an organisation need to come across nice and early and consistently.

“It's also important to be personal to the individual throughout the recruitment process. I believe in what we call ‘needs-based selling’, where you really start to understand a candidate’s motivators. Once understood, the opportunity to sell the role becomes much easier.”

Employers must continue to adapt their approach to recruitment, as salary moves ahead of flexibility as the most significant factor in attracting and retaining talent. Chris believes that companies must have a clear and identifiable talent attraction strategy, so candidates can be engaged throughout the recruitment process.

“There is a case for having both a short- and long-term talent attraction strategy,” Chris said.

“In the short term, companies might have to pay increased salaries to attract and retain the talent they need. But it’s essential for the longer term to have processes in place to help combat soaring costs, such as setting up graduate schemes or bringing in junior people so they can be trained and upskilled in the role.”

Are you looking for a talented professional to drive your business’ growth? Get in touch with one of our specialist recruiters now.

Why salary benchmarking is even more critical in 2022
Share