Seven types of interview bias and how to avoid them

During the hiring process, interviewers need to be fair, objective, and unbiased if they want to secure the best person for the job. But the only way to do this is to understand the different types of biases that exist and introduce measures that actively remove them. Here are seven different types of interview biases and techniques you can use to avoid them. 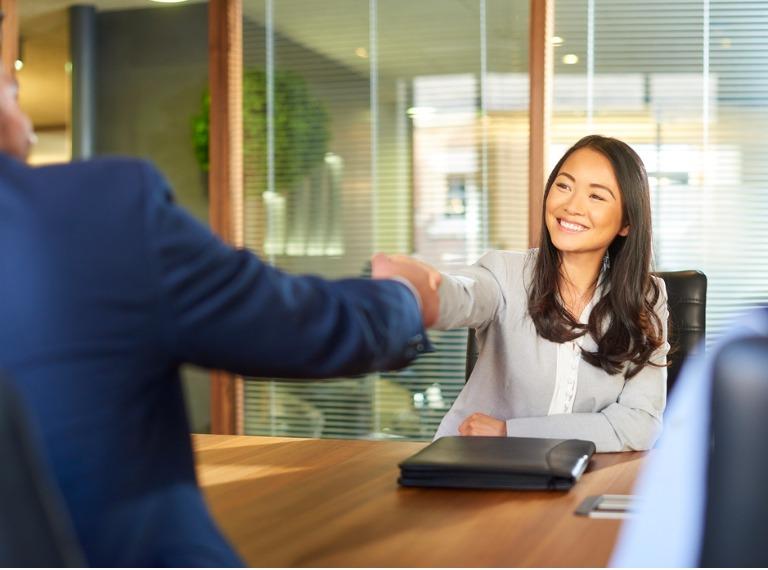 We’d all like to believe that our decisions are rational and that we have full control over our choices – but the truth is that we are always under the influence of cognitive biases.

It’s impossible for the brain to adequately evaluate every new piece of information it’s faced with, so it’s programmed to make snap judgements about people, situations, and objects. While these mental shortcuts are a much-needed survival technique, making quick judgements without thorough assessment can be a negative thing and lead to opinions that are unfairly prejudiced.

When it comes to conducting interviews, you can try your best to remain objective, but biases can sneak in. That’s why it’s so important to be aware of the different types so you can recognise and actively avoid them. Here are seven different types of common interview biases:

A stereotype is an over-generalised opinion about a particular group of people, based on a fixed set of attributes that we believe to be typical of that group.

It is a serious issue in interviews, as the interviewer can make an assumption about a candidate that is not based on their skills or ability but on an initial stereotype.

Gender or racial bias is when the interviewer holds a belief about a particular gender or race, believing that the job is not suitable for someone of that gender or race.

Interviewers should in no way allow gender or racial bias to influence their hiring decisions, not only from a moral standpoint, but they may also face legal action for discrimination.

Confirmation bias is where the interviewer may ask questions or make leading statements that encourage the interviewee to confirm what they think they already know about them, based on their CV or application.

It also relates to how people pay more attention to information that confirms their existing beliefs, prefer to interact with people who have similar views, and are reluctant to listen to different opinions.

It’s important to be aware of this bias - if people are being hired because they share the same views as their line managers, it can stifle growth and innovation across the business.

Recency bias is when an interviewer tends to remember and favour applicants that were interviewed most recently.

You may have interviewed many candidates in any given day and each one can seem to merge with the next. This is when you may succumb to recency bias and subconsciously favour candidates towards the end of the interview process. The issue is that the best person for the job could be someone you interviewed right at the start of the day or halfway through.

Also known as affinity bias, similarity bias is when an interviewer makes hiring decisions based on similar physical attributes or shared interests that are either discussed during the interview, or shared on a candidate’s CV.

For example, an interviewer may ask the potential employee if they had a nice weekend, and the interviewee could reply with something like: “I did thank you, I went for a hike with my dog”. If the interviewer is also a keen hiker and dog owner, then whether intentional or not, the interviewer will view the candidate more favourably, even before any skills or work-related information has been ascertained.

The halo bias is when one positive characteristic overshadows all others. For example, if the person interviewing reads that the applicant went to a top university on their CV or had previously worked for an extremely well-known brand that they respect, they may fixate on that and overlook negative traits.

Opposite to the halo bias, the horn bias is when a negative trait overshadows all the positive skills and competencies. For example, a candidate may have spelled a word incorrectly on their CV and the interviewer can’t get this out of their head, placing too much importance on the error and dismissing the many positive traits they possess.

How to avoid bias when interviewing

Ask every candidate the same questions – making sure they are relevant to the skills and competencies of the interviewee - and record their answers accurately. Taking notes in real time will limit opinions and bias creeping in.

All interviewers should undergo training in diversity and inclusion and learn how recognise and avoid their own unconscious biases. This will provide a fairer system for all potential employees and help hiring managers uncover their own hidden prejudices.

If there are multiple interview stages or you are using a panel of interviewers, make sure the panel is diverse to allow for a fairer decision to be made. Each interviewer will have different biases, so altogether the bias is reduced.

Some small talk is important when welcoming an interviewee but keep it small. Engaging in personal conversations can lead to similarity bias.

Develop a standard scoring criteria and apply this to all interviews. Referring back to this later will ensure each candidate is evaluated fairly and on a level playing field.

If you are conducting remote interviews, record them (with the candidate’s permission) and re-watch them in a different order to avoid recency bias.

If you are looking for the next talented professional to join your team, get in touch with one of our specialist consultants today.

The questions you ask in an interview are vital to hiring the right person for your business. This article will share the most important customer service interview questions and answers for both employers and interviewees.

This guide gives you all the tools you need to conduct interviews remotely, from how to adapt to a remote format, the software and technology you may need, to tips on how to make a great first impression.

How to conduct effective phone interviews

With phone interviews becoming an increasingly popular way of introducing yourself to prospective employees, here are tips to ensure you conduct effective phone interviews.