Everything you need to know about UK police officer salaries & benefits

If you are interested in becoming a police officer or are currently pursuing a career in law enforcement, learn about the salaries and benefits you could be entitled to as a police officer in the UK. 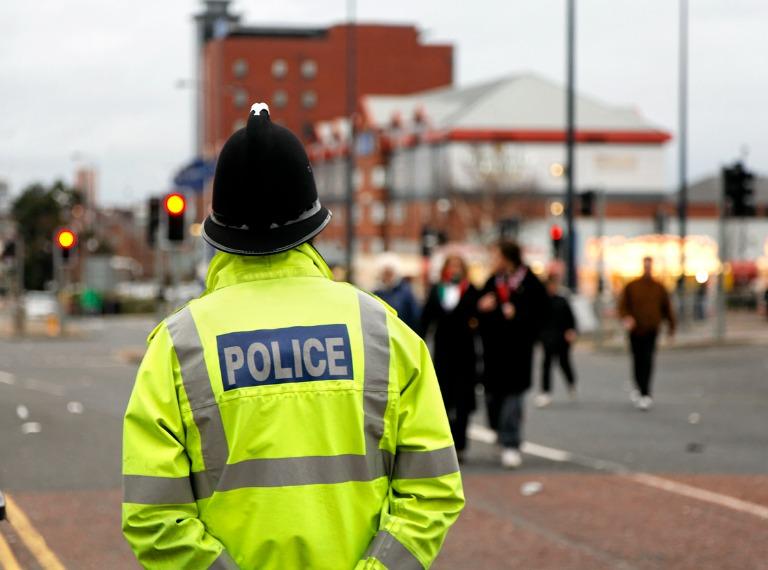 When contemplating the decision to join the police, it’s important to be aware of the police officer pay scales and benefits that different policing providers offer across the country. To help you navigate this, here is a helpful guide to average UK police officer salary and benefits.

The average police officer salary across England, Wales, Scotland, and Northern Ireland are:

Police officer salary in London and the south of England also includes a regional top up, with officers receiving additional pay allowances of up to £6,735.

Each year met police officers move up a point on the scale until they reach the maximum permitted in the band. Of course, it’s possible to progress through the ranks and move between bands.

Increases in pay are reviewed annually subject to performance and location allowances are also payable at some sites.

How police officer salaries compare to other specialisms

Other specialist roles within the same sector as police officers include firefighters, paramedics, army soldiers, prison officers and security officers.

The average annual salary range for some of the above specialist roles are:

Police officers are expected to uphold the law, while providing a visible presence to prevent crime and reassure the communities they serve in.

On a day-to-day basis, typical tasks undertaken by police officers include:

To find out more visit the police pension scheme webpage.

In order to become a police officer, there are three routes available depending on qualifications and experience.

This route, available in both England and Wales, takes around three years to complete. The apprenticeship degree requires a level 3 qualification (A-level or equivalent) to enrol and, once completed, participants receive a degree in Professional Policing Practice.

Graduates with a degree (any subject) can apply for a two-year work-based training programme. The programme is paid for by the police force the graduate enrols in and includes off-the-job learning. Upon completion, those enrolled earn a Level 6 Graduate Diploma in Professional Policing Practices.

The final route is a self-funded, three-year academic degree in professional policing undertaken at a university or college. Upon completion of the degree, graduates need to apply for a job as a probationary police constable within five years of graduation.

The Initial Police Learning Development Programme (IPLDP), which was the original route into the police service, is still available, but it is slowly being removed.

Throughout a policing career, ongoing training, support and guidance is given to ensure officers are fully equipped to do their job safely and confidently.

Additionally, when pursuing a career in the police, continued learning and development is key to progressing through the ranks. Police officers have access to a wide variety of professional training courses and workshops that allow them to improve their skills, knowledge and competence.

A range of activities for policing professionals to manage learning and growth include an assessment and recognition of competence (ARC), a competency and values framework (CVF), career pathway assessments, a professional development review (PDR), and guidance sessions on the criteria of the national police promotion framework (NPPF).

Upon completion of a probationary period, there are a variety of career opportunities and progression open to police officers. The police force has a defined rank structure for officers and there are opportunities to progress into more senior roles that include:

Sergeants are responsible for the first-instance management of incidents of serious crime. They also supervise investigations carried out by their staff.

Chief inspectors manage large teams of inspectors, sergeants, constables and police staff. They are the most senior operational response officer and manage assigned specialist policing functions that include investigations.

Superintendents help lead large areas of command within forces. They assist on collaborations, strategic alliances and partnerships within their area.

Chief superintendents lead multiple large and complex areas of command. Their primary focus is on collaborations, strategic alliances and partnerships, alongside upholding high standards of service throughout all activity within their area.

If you want to learn more about the salaries and benefits you could be earning for your role, download our salary guides now.