A Reed LinkedIn poll found that 52% of over 1,000 professionals believe period leave should be a universal benefit in the UK.

Government legislation for period leave exists in several countries – including Japan, South Korea, India, Zambia and Taiwan – but it doesn’t exist anywhere in the West.

In the UK, there is no legal requirement to support workers who menstruate including cisgender women, non-binary people, and trans men. However, some companies have taken the initiative to implement their own corporate policy to accommodate people who menstruate.

Watch our interview with Bex Baxter, Life Coach and former People Management Director of social enterprise Coexist, for more on her experience implementing the first period policy in the Western world. Society stigmatises periods as something taboo or dirty, which only leads to silence and a lack of support – especially in the workplace. In 2019, a survey of 2,000 professionals by Initial Washroom Hygiene found that 32% of men believe women talking about periods is unprofessional.

Women and others who menstruate have always gone to work despite being in pain, simply managing their own symptoms with no support from their employer. One in 10 women of reproductive age in the UK also suffer from endometriosis, which can cause debilitating period pain.

In a survey of 2,00 women by Bupa, 46% said they were uncomfortable talking about their period as a reason for time off work. And 67% agreed they would be more honest about their symptoms with a female boss.

For trans men and some other genderqueer people, an additional struggle caused by periods, besides the physical symptoms, is gender dysphoria, i.e. discomfort caused by a mismatch between their biological sex and gender identity – it reminds them that they are still biologically female.

Each business will have a different set of needs when it comes to supporting menstruating employees, but some key benefits could be standardised in all companies. These may include providing period products in toilets and opening the conversation companywide to remove any stigma.

Coexist’s Bex Baxter said: “It’s very bespoke. I learned that one size isn't going to fit all. It depends on how many women are in your company, and how they respond to their periods – because some people suffer, and some don't.

“That’s why we created the ‘menstrual flexitime policy’ because it's flexible and it's about meeting everyone's needs and people can put back in what they take out. We found that more women opted in because we removed the stigma attached to the idea of ‘period leave’.”

One area that is important to consider is support for trans and non-binary employees who experience periods but don’t use female toilets.

Period policies should generally include at least one of the following:
• Access to period products
• Flexible working
• Breaks in a wellbeing room
• Quiet spaces to work in the office
• Remote working options
• Openly tracking and discussing periods
• Bins in men’s toilets

Bex advises businesses to start looking at their own company policy by assessing the needs of an organisation through a questionnaire, or by showing your workforce her TED Talk, to get the conversation started.

It's important to include everyone – all genders, at all levels of the business – into the conversation from the beginning, because it will allow for more open discussions and help clearing up any misunderstandings people might have about periods at work.

Going the extra mile to help people manage their wellbeing at work, in any way they need, gives them more of an incentive to stay in your company, and it increases the appeal of your employee value proposition.

Gabby Edlin, the CEO and Founder of UK charity Bloody Good Period, said: “Supporting your employees who menstruate is about more than offering menstrual leave - as helpful as it would be to those who do need time off. It's also about ensuring there are period products in toilets in the same way you would supply toilet paper and soap without question.”

Gabby added that having a period policy “will mean managers instigate more proactive conversations with their teams, taking the onus off the individual, and taking more responsibility for wellbeing and professional progress too.”

Life Coach Bex Baxter reminds us that we are all “cyclical beings” on different cycles including the daily circadian cycle, and the monthly menstrual cycle, and that understanding them better allows us to listen to our bodies for “optimal wellbeing and another level of self-management.” It also helps people work at their peak of productivity and wellbeing.

During her time at Coexist, Bex introduced a cycle tracking policy – a way for employees to track their cycles openly and gain support based on their own cycles - whether that’s the menstrual cycle or any other. For example, Bex shared a story about a male employee who found it useful to track his regular migraines and manage his time around them.

Overall, when implementing such policies at Coexist, Bex found that people “fell in love with our company”, because they felt well-looked-after. Creating this type of supportive environment will make your workforce more productive and grateful to be working for you, allowing you to retain your existing talent and attract the best professionals in your sector.

If you’re looking for a talented professional, or your next opportunity, find your nearest Reed office and speak to one of our specialist recruiters.

What challenges do businesses face in promoting more women into leadership roles?

Louise Cooper, journalist at CooperCity discusses her thoughts on our latest Big Question – What challenges do businesses face in promoting more women into leadership roles? 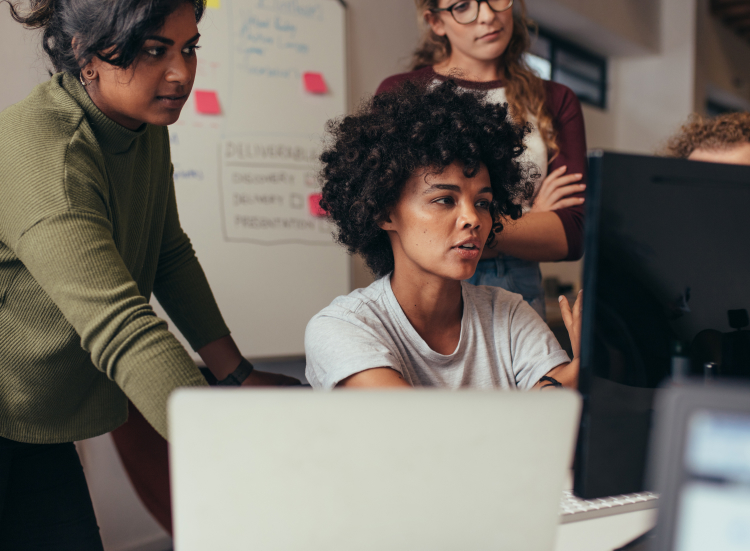 The Women in Technology Mentoring Scheme makes a perfect match

Two women in the technology sector found their perfect mentoring partnership through Reed. 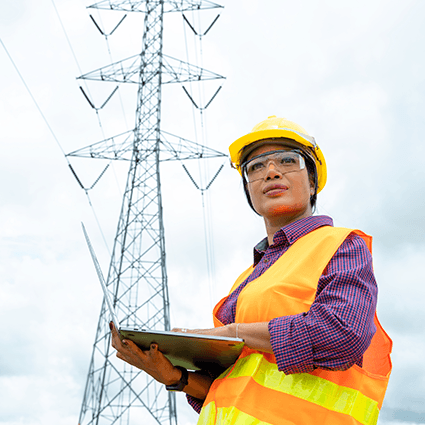 Jamie Beer, Talent Acquisition Manager at Openreach, one of the largest communication companies in the world, talks about inclusion and diversity and why attracting and retaining females as part of the Openreach workforce is important.