Sandra Kerr CBE, Race Director at Business in the Community, talks to Reed about why it’s important for companies to publish ethnicity pay gap data. 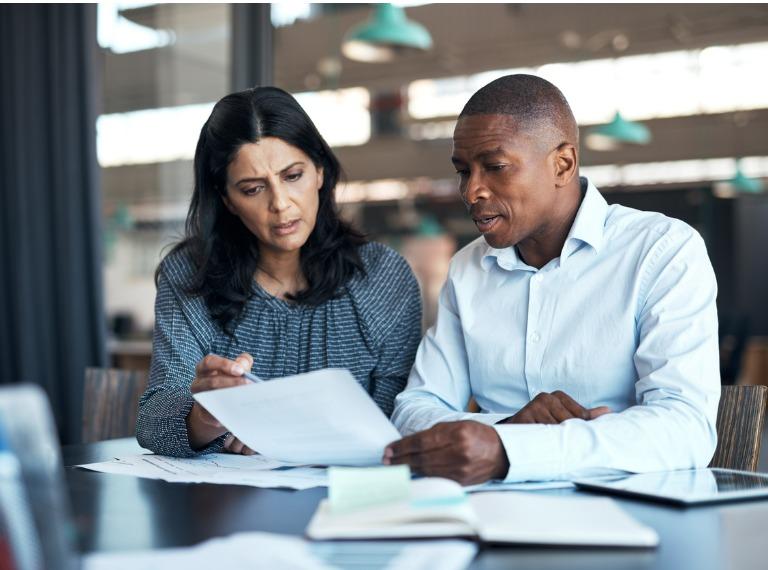 Ethnicity pay gap reporting continues to be a hot topic since it was first mentioned in Theresa May’s general election manifesto in 2017.

As companies across the UK continue to identify inequalities in the workplace, the role of ethnicity pay gap reporting becomes even more crucial for businesses to not only discuss what needs to change, but to also action that change.

We interviewed Sandra Kerr CBE, Race Director at Business in the Community (BitC), to find out why it’s important for companies to publish ethnicity pay differences and how it improves equality among employees.

What is ethnicity pay gap reporting?

In its most simple form, the ethnicity pay gap shows the difference in the average pay between staff from ethnic minority backgrounds in a workforce and white staff.

According to research published by the Office for National Statistics in 2018, the ethnicity pay gap between white and ethnic minority employees narrowed to its smallest level since 2012 in England and Wales, but still found that black employees earn around 9.2% less than white employees, while employees with Bangladeshi or Pakistani heritage earned 16.9% and 20.2% less respectively.

As a pioneer for racial equality, Sandra Kerr CBE has campaigned about the need for companies across the UK to be transparent with ethic pay data, stating how it impacts the future of employees:

Proper pay is vital in ensuring that people can not only get the pay that they work for, but also when they have the skills and talent that contribute to the organisation, they get remunerated in the correct way as well.

Unlike the gender pay gap, there is no legal requirement for companies to publish its ethnicity pay data, instead the government is currently promoting a voluntary approach.

Why is it important to report ethnic pay differences?

Analysis from the Department for Business, Energy and Industrial Strategy (BEIS) in 2016 calculated that improving employment rates and workplace progression for people from ethnic minorities could contribute £24 billion per year to the UK economy.

For many years, Sandra has been working with business leaders and government policy makers to influence action on race in the UK and continues to be an advocate for pay gap reports outlining ethnic pay differences.

She highlights how the reporting of pay gaps gives much-needed transparency which allows for further action to be taken: “For employers who are saying they are committed to equality, equity and fairness, they need to actually be transparent around pay.

“This is important for their reputation. It's a great way to ensure ethnic people are not just sitting in parts of the organisation where they can't get the projects or the opportunities to grow.

“It also enables you to look within your organisation and ensure that you're actually making sure that all the people with the drive, the ambition, the talent and the experience are getting fairly remunerated for that as well.”

What to do with your ethnicity pay gap data

While it is important to capture the data around ethnic pay, it is vital for business growth to ensure that you are acting upon it, giving your organisation ample opportunity to improve and, in turn, help tackle racial discrimination.

“It's linked to transparency,” says Sandra. “It’s about doing the right thing and also looking at how that data can help you with retention and progression.

“We know through various studies that McKinsey has done that those employers with greater representation at senior levels, particularly ethnicity, have a 36% increase in their financial returns.

“You wouldn't know that if you didn't capture the data.

“We also know from Royal Society research that more diverse teams make better decisions. Again, you won't know your teams are diverse unless you capture that data, so you can use that to learn from it.”

We also know from Royal Society research that more diverse teams make better decisions. Again, you won't know your teams are diverse unless you capture that data, so you can use that to learn from it.

Pay reporting data not only allows you to understand where the pay gaps are, but also help start the process of taking action.

Sandra adds: “You could potentially look at interventions to bring improvements. It really enables you to scrutinise what actions you should be taking, learn from the past and pinpoint where challenges exist.”

How reporting on the ethnicity pay gap has impacted BitC

Since the call for ethnicity pay gap reporting first began, businesses across the UK have been proactively making improvements in a bid to address equality in the workplace.

Business in the Community continues to publish its pay gap data voluntarily, something which Sandra says benefits everyone involved.

“As Business in the Community, we want to, as much as we can, walk the talk.

“Overall, our pay gap data is not that bad, but if you split it and look at the gender split by male and female, it's actually larger for the male group. That's because we've got a small number of males from diverse backgrounds at BitC.

“We have targets to improve representation and then also to look at progression to senior levels and hiring at senior levels. That's what data and insight can give you. It helps you to make it an even more nuanced and targeted approach to what action you should be taking.”

The current state of play

The government has decided to follow the recommendation of the Commission on Racial and Ethnic Disparity and will not make ethnicity pay gap reporting mandatory.

It has confirmed that it will be publishing voluntary guidance for those businesses who want to publish ethnic pay differences, supplying the tools to understand and tackle pay gaps and, most importantly, to build trust with employees.

When discussing government’s decision, Sandra adds: “I am delighted to see the government gripping this and working on the guidance, we are going to work closely with them on it. We want employers who have already been publishing for many years to share case studies as well so we can learn from each other and get a method together.

“Businesses know that this is a way of demonstrating to their employees that they are valued, that they feel included, that they really belong in the organisation and that paying them the right amount really does matter.”

Despite the news that the reporting will not be made mandatory at this present time, there are still calls to urge businesses to be proactively publish its ethnic pay data.

As Sandra continues to campaign and grow the network of employers publishing ethnic pay data, she knows there is a lot more to be done before we as a society can further tackle discrimination in the workplace.

She says: “I’d like to see employers be much more thoughtful about how they actually start to do the work, but also just getting on with it without it being mandatory, which is what some are doing at the moment.

Hopefully that momentum can continue until the government implements it and eventually, we will be looking at a mandatory ethnicity briefing paper being reported.